Never tell the truth, express it instead

by Evan Nierman, author of “Crisis Averted: PR Strategies to Protect Your Reput and the Bottom Line”

Well, I have to deliver the sad news that we are being misled. We should no longer be telling the truth. In fact, we should never tell the truth. Instead, we should press for the truth. I’ll explain what that means in more detail, but first let me tell you what it doesn’t mean.

I’m not advocating lying, telling stories, making up things, or betraying your audience – on the contrary. The truth is under attack. Today more than ever in our lives, or perhaps in all of our history.

Misinformation has been spread from sources that would have been unthinkable just a few years ago. And that we, like all of us, are exposed to this pervasive stream of misinformation only underscores the importance of ensuring that lies don’t become a part of our daily reality. Instead, now more than ever, we must be diligent to see that the truth prevails.

This book focuses on public relations and crisis management. And in case you haven’t noticed, PR folks have a bit of a seedy reputation at times. They are often described as hacks, flacks, or spin doctors.

These derogatory terms are meant to suggest that we are dancing around the truth, which in my experience is not at all the case. The approach outlined in this book is diametrically opposed and focuses on helping clients by empowering them to fight for the truth.

Indeed, both organizations trying to get their message across and individuals facing crises share an overriding need to use accurate information and commit to advocacy and action. As Benjamin Franklin once said, “It takes a lot of good deeds to build a reputation and only a bad one to lose.” The brand equity your organization has built for your good deeds can fade in a moment, if You make bad decisions – or when you lie.

And because of this, honesty is really the best policy. It is a time-honored maxim that should be taken seriously in the service of the ultimate mission of fighting for the truth or, more insistent, of pressing the truth.

On the other hand, it’s proactive, assertive – even aggressive. It’s quick, confident, and strong. Telling the truth or telling the truth is the difference between hoping that your message will one day get through – and making sure it does.

It’s also the difference between reacting, waiting to see what other people say about you and then trying to put things right, or taking the initiative.

There has been a situation where a person in the financial sector has been viciously discriminated against by his employer. He was harassed at work and eventually pushed out of his job. He has been denied income to which he is legally entitled from the business he has carried out and which has been successfully concluded.

Faced with various forms of overt and subtle insults from his employees and betrayed his company, he finally turned directly to the CEO of the private equity firm.

During a face-to-face meeting in the CEO’s spacious office overlooking the New York skyline, he said, “This is not right. You treated me differently, discriminated against me, and withheld bonuses and payments that I legitimately earned. Nonetheless, I have remained a great employee for the company and my work has generated tremendous profits for the company. I don’t ask for any special treatment – just that you do the right thing. “

The CEO seemed to be listening carefully. His face nestled in the palm of his hand, his eyes looked up and into the distance. After an uncomfortable silence that lasted about twenty seconds, but felt more like twenty minutes, he took a deep breath, looked the young man straight in the eyes and said: “What a shame for you and goodbye.”

Now the pissed off employee could have adopted the passive approach of the old PR model. Had he chosen to just tell the truth, he could have just waited for his day in court. And he probably would have waited months, or even years, hoping that the truth would eventually emerge.

Instead, he decided to look for an alternative approach that involved pressing for the truth.

On his behalf, the members of my team made a few phone calls to a handful of carefully selected reporters. We tell them what happened to this person, how they were discriminated against. And it wasn’t long before the reporters called the company’s CEO to comment on the situation.

When the CEO realized that his company’s reputation was going to be destroyed and people all over the world would see what had happened there, he thought twice about it. Finally he made the right decision. He paid the man what was owed him and let him get on with his life.

This story illustrates what it means to tell the truth, not just to give the facts, but to bring the full weight of influence behind a message. And as in this example, sometimes it is enough just to know that you will not give in to properly resolve a situation.

* Excerpt from “Crisis Averted: PR Strategies to Protect Your Reputation and the Bottom Line” 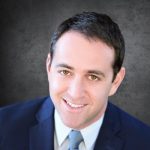 Evan Nierman is a crisis management professional who serves as the founder and CEO of Red Banyan. His book “Crisis Averted: PR Strategies to Protect Your Reputation and the Bottom Line” is a look behind the curtain into the unpredictable world of crisis management, with practical examples and well-founded advice in the event that life does not go as planned.

How to Fund Your Startup Using Crowdfunding: A Brief Guide

Finding the means to get your startup off the ground and moving in the right direction...
Read more
Entrepreneurship

Safety in the workplace is of the utmost importance and employers in South Australia are doing...
Read more
Entrepreneurship

7 reasons why young startups should outsource their cleaning

Most startups struggle with the most basic necessities: a clean office and home. The reasons...
Read more