Fears of a wave of isolation caused by pandemics are subsiding

Two-thirds of the 7.1 million homeowners indulged during the pandemic have already left. Most of this “Bellwether” group either resumed paying their loans or repaid them.

The number of homeowners who are just a month or two behind on their mortgage payments continues to drop below pre-pandemic levels. The real estate market, however, is wondering what will happen to the 2.1 million homeowners who are either in foreclosure or have not paid a mortgage in more than three months.

The latest data from Black Knight shows that as of the end of March, five times as many homeowners were seriously criminals as they were before the pandemic, which means they haven’t paid for 90 days or more.

Many homeowners who were lenient during the pandemic are slated to reach their 18-month program eligibility limit in late September. However, it doesn’t look like there will be a big wave of pandemic foreclosures, at least not on the scale of the post-2007-09 downturn.

That’s because two-thirds of the 7.1 million homeowners indulged during the pandemic have already left, and most of this “bellwether” group have either resumed or repaid their loans.

Black Knight classified approximately 160,000 forbearance homeowners “high risk” of foreclosure as of April 20 for not being on a mitigation plan and continuing to be criminals. In this group, it is worthless that 100,000 delinquents were already on the way to the pandemic. 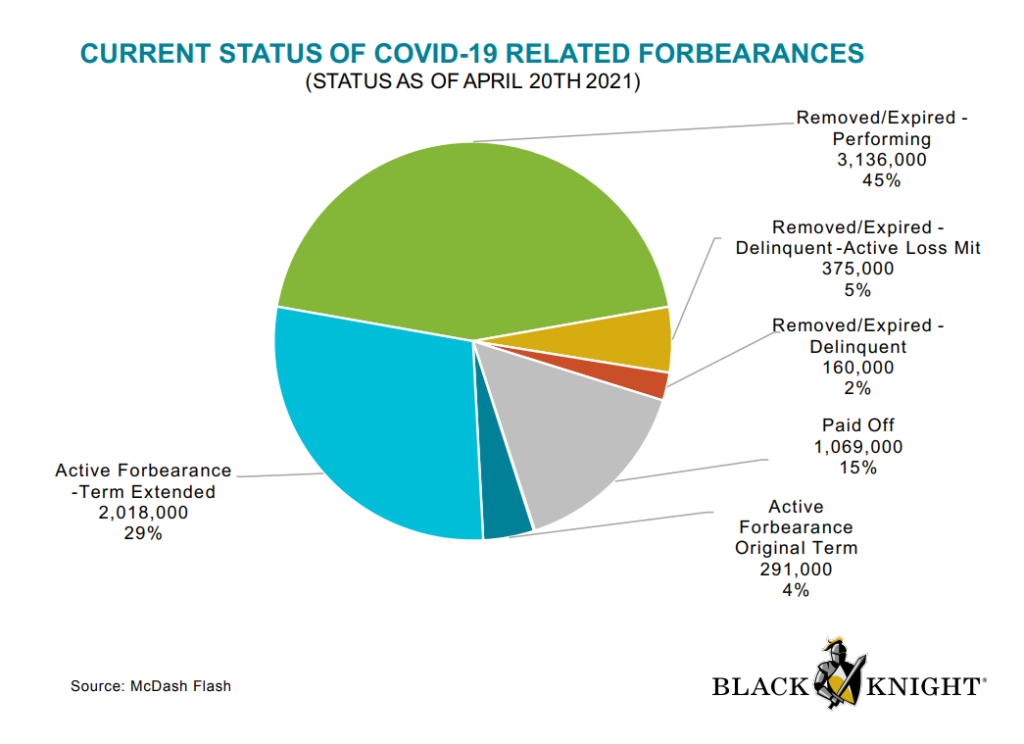 “Bellwether Forbearance – homeowners who showed indulgence at the start of the pandemic and who will determine the impact of the first wave of 18-month expiry times – have made a significant contribution to the improvement, a good sign for the overall recovery,” said Black Knight The final report on the mortgage monitor is complete.

The number of foreclosure starts rose by 28 percent to 5,000 in March. However, the total number of homes in foreclosure fell to another record low of 162,329 as forbearance programs and foreclosure moratoriums continue to provide protection for homeowners.

At the height of the post-Great Recession real estate downturn, Black Knight counted 292,308 foreclosures in January 2010 alone. The total number of houses foreclosed during the downturn peaked a year later in January 2011 at 2.25 million.

Last month, only 217,000 homeowners with current mortgages became criminals – the lowest of all months since the turn of the century. Coupled with a surge in “remedies” – 671,000 homeowners who defaulted and got their payments back on track – the national crime rate rose nearly a full percentage point in March to 5.02 percent.

“March not only saw the largest one-month improvement in arrears in eleven years, but all signs point to more to come,” Black Knight’s Ben Graboske said in a statement. 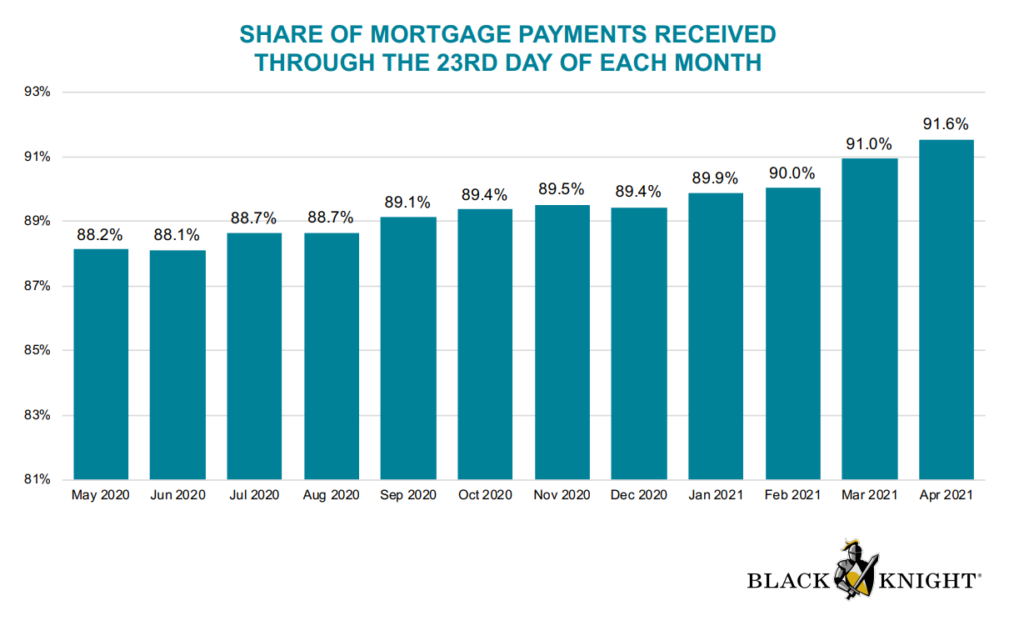 Graboske said other key metrics that indicate a “robust recovery underway” include the fact that mortgage defaults typically rise in April. But that was not the case this year. On April 23, 91.6 percent of mortgage holders were up to date with their monthly payments, up from 91 percent in March and the largest portion of a month during the pandemic.

“While the general sentiment for economic recovery remains robust in 2021, mortgage performance is expected to face seasonal headwinds for most of the remainder of the year, which could dampen general improvement rates slightly. Black Knight will continue to monitor the situation as we move forward, ”said Graboske. 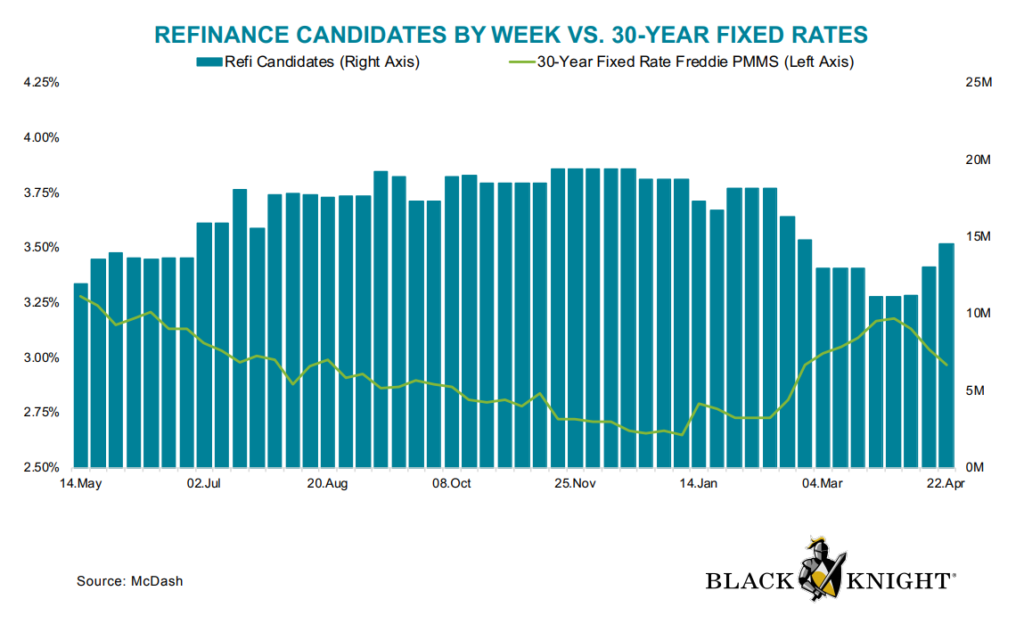