Business And Entrepreneur Hub
Home Topics Entrepreneurship Seven "signs and symptoms" of a traumatized company (can you recognize which...

Seven “signs and symptoms” of a traumatized company (can you recognize which ones?)

by Dr. Diana Hendel, Co-Author of “Trauma to Triumph: A Roadmap for Leading Through Disorders (and Thriving on the Other Side)”

Organizational trauma takes many forms. It may be a “collective trauma” that we have all struggled with over the past year due to the COVID-19 pandemic. It can be a “shock and awe” event such as an act of violence or a suicide. It can be ongoing and cumulative, such as systemic sexual harassment or racism. Or it could be a less dramatic yet disruptive event, like a round of layoffs (or the ongoing threat from them), a controversial merger or reorganization, or a cyber hack.

Regardless of the specifics, trauma affects organizations in predictable (and deeply destructive) ways.

The trauma affects both individual employees and the entire organization. Whether it’s a one-of-a-kind shocking event or a long, drawn-out crisis, trauma can destroy people’s beliefs about corporate culture and sow distrust that leads to long-term damage.

To understand how trauma manifests itself, you must first understand what trauma is. It is very different from the routine stress we all experience at work from time to time. While stress can be intense, it eventually passes. A trauma, on the other hand, overwhelms our protective structure and puts us in survival mode. It makes us vulnerable and shakes our sense of security and our view of the world. And if left untreated, it can cause long-term damage – not just to individuals, but to organizations as well.

Here are some of the most common signs and symptoms of a traumatized organization.

People create their own narratives.

There are hundreds of unique viewpoints, and each person creates a narrative based on their own perspectives, personal stories, and relationships with those directly involved.

Initially, most organizations experience high levels of camaraderie and altruism in the face of a traumatic event, but at one point the question arose, “Why did this happen?” Surface, speculation, and second guesswork can create a wide web of secondary guilt that extends far beyond the perpetrator or the causative agent. Why didn’t the organization prevent or stop it? How could the leaders not have known about it? In some cases, people accuse victims of overreacting or accuse the organization of failing to prevent “witch hunts”.

Feelings of guilt emerge on the surface.

Those closest to a traumatic event may struggle with guilt: guilt that they missed a warning sign, didn’t prevent it, or didn’t speak sooner – and then it happened to others. Some feel guilty in order to survive.

Communication is often arbitrary at first and often too little and too late, as managers have difficulty crossing the line between transparency and confidentiality. Trust and confidence can quickly fade when wild rumors spread and strong opinions emerge. And in the immediate chaos of a traumatic event, it is often unclear how decisions are made (and who is responsible for them).

The workforce is polarizing quickly.

People tend to split into opposing factions. In an organization where sexual harassment occurred, “Camp 1” believed the victims and sided with them, while “Camp 2” defended the accused, creating a deep division within the organization.

There is a feeling of shame.

People often worry that the traumatic event (a shooting, a rape, a financial scandal) defines them or the organization they were proud of. You may be ashamed that your culture could lead to such an event. If the event is covered in the media, that shame can deepen. You ask yourself: Will others – employees, customers, the community – ever trust the organization again?

Often times it becomes extremely difficult and painful to talk about trauma – it borders on a taboo – and becomes “unspeakable”. Because it is not addressed, people continue to fight and the persistent, perhaps deepening division / polarization, guilt,
Shame and guilt damage culture. All of these can affect collaboration, cooperation, cohesion, and teamwork, and undermine people’s faith and trust in one another.

As you can see, trauma burdens an organization and can cause permanent destruction. But it is never too late to recognize trauma, name it, and break the chain of effects.

I’ve seen time and time again that looking for help changes everything. This means helping the people directly affected by the trauma and also addressing the damage that has been done to the entire organization. With a thoughtful and timely response, it is entirely possible to develop a culture that is stronger, more transparent and better able to intervene and cope with disruptions in the future. And in many cases they function better and more efficiently than before the traumatic event. 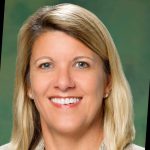 As CEO of Long Beach Memorial Medical Center and Miller Children’s and Women’s Hospital, Dr. Diana Hendel one of the largest acute care, trauma and education hospital complexes on the west coast. She is the co-author of “Trauma to Triumph: A Roadmap for Leading Through Disruption (and Thriving On the Other Side),” which is available from major online booksellers.

Slipping and falling may seem like a joke to many. This is why you will...
Read more
Entrepreneurship

Get the most out of social media for your small business

by Angela Civitella, founder of INTINDE Whether you want to admit it is a problem for you...
Read more