Engel & Völkers Americas had the best year ever in 2020

The global brokerage business Engel & Völkers Group recorded a 14 percent increase in commission income in 2020 and achieved a transaction volume of over $ 32 billion, the company said on Tuesday.

Engel & Völkers Americas, which operates in the United States, Canada, Mexico and the Caribbean, led the company’s overall growth with a 38.4 percent increase in production. The American market closed with a total sales volume of 18 billion US dollars, a record for the 4,500 employees of this network.

“When speaking to our leaders in every market in which we operate, the term ‘inconceivable’ appeared to be the most widely used to describe the market and the year in general,” said Anthony Hitt, President and CEO of Engel & Völkers Americas, in a statement. “These results reflect more than the market itself, but the caliber of the people in our network, and I couldn’t be more proud. What we saw on our network was nothing short of cultural magic in how everyone supported one another. In 2021 we will continue to focus on our people to help them support their customers and generate continued growth. “ 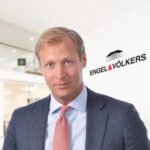 “This positive development of our business is a direct result of the consistently high quality of service that we offer our customers despite all the uncertainties of the past year,” said Sven Odia, CEO of Engel & Völkers AG, in a press release. “With a combination of innovative high-tech tools and first-class personal advice, we were able to maintain our business operations during the closing times and expand our global network to more than 13,500 employees. In some locations and core markets, we have even exceeded previous results and set new records. “

The broker noted that markets around the world remained stable despite the pandemic, and prices remained strong in cities like Paris, Hamburg and Rome. The brand’s continued expansion in the US and Canada, as well as increased demand for suburban and rural properties in 2020, fueled growth in North America, where the company’s residential sales rose the most.

Given the company’s strong growth over the past year, Odia was optimistic and hoped for further growth in 2021.

“Demand for real estate has taken another boost and we have continued strong interest in premium real estate,” said Odia. “Houses and condominiums repeatedly prove to be stable investments, especially in times of crisis. We intend to continue our successful course in the coming year and take our global business to the next level. “

Long-term, low-carbohydrate diets that are not superior to other diets

Not all low carbohydrate diets are created equal and more rigorous experimentation is required. The researchers at Stanford University's School of Medicine in Palo Alto,...
Read more

Qatar award flights can now be booked with Alaska Miles

Warning, Alaska Airlines flyers. From Thursday you can now have your Mileage plan Miles to fly one of the best...
Read more