The new executives come from different areas and will now take the lead on legal issues, financial services and other topics.

New leaders include Stacie Herron, who will serve as KWx’s Chief Legal Officer, Dave Smith, who will serve as President of KWx’s Keller Home Financial Services (KHFS), TV Kumaresh, who will become Head of Strategic Planning and Integration, and Paige Gorman, the company’s new vice president for integration.

Before joining Keller Williams, the four new executives worked in a variety of industries, including banking and insurance. In a statement Monday morning, Keller Williams CEO Carl Liebert said he was excited to bring the four new executives on board, adding that the company’s executives are focused on helping our agents grow their businesses and brands and to provide world-class experiences to their customers as they search, buy, and settle in their homes. “

“Building on our proud history of working with executives who have been critical to our growth for decades, our newest team members represent our continued commitment to deliver unrivaled, seamless home ownership that goes beyond the transaction,” said Liebert. 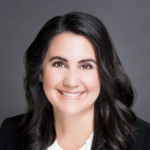 Herron joins Keller Williams from real estate investment firm Brookfield Properties, where she served as Executive Vice President and General Counsel. She spent 12 years with the firm (including 10 years at GGP, another law firm acquired by Brookfield) and also served as an attorney for OfficeMax and a Chicago-based law firm.

In her new role, Herron will “manage the strategic direction and the day-to-day business of legal, compliance and corporate risks at KWx”, the company said in a statement. 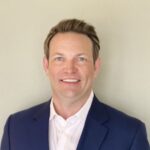 Dave Smith was previously Head of the US Mortgage Industry, CEO and President of CitiMortgage Inc., a subsidiary of banking giant Citibank. He was with the company for more than 13 years.

Smith’s new job will see him scale and improve the mortgage services of Keller Williams, including Keller Mortgage, as well as insurance company Keller Covered, the company said.

Kumaresh previously served as Vice President at USAA, where he oversaw projects in the areas of strategy, product development and innovation. Prior to that, he worked at both Nationwide Insurance and McKinsey and Company. He also has experience as a private equity expert. 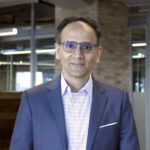 At Keller Williams, Kumaresh’s job will be to “translate and map the core strategy that drives the operational plans, investments, outcomes and results for KWx,” the statement said.

Prior to joining Keller Williams, Gorman was vice president of customer experience at Assurant Insurance, a corporate insurer. Previously, she also worked as Vice President at USAA, where she focused on quality assurance and other projects. She ended up spending more than 18 years at USAA. 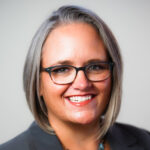 Gorman’s job at Keller Williams will be to advance the company’s vision for a “seamless, agent-driven consumer real estate experience” across the KWx ecosystem, the company said in a statement.

“With Carl and this impressive team at KWx, we are best placed to achieve the next milestones in our strong vision,” said Gary Keller, co-founder of Keller Williams and now the company’s chief executive officer. “Our commitment to constant innovation in partnership with our agents is stronger than ever.”

Update: This post was updated with additional information about the four new executives after it was published.