According to a letter from the Road Hauliers Association to Government Minister Michael Gove, the volume of goods from the British mainland to the European Union fell by 68 percent in January compared to the same month last year.

The leaked letter suggests that the UK economy could experience a bumpy ride in the next few months as businesses grapple with new regulations.

That is the short-term picture. In the long term, the decline in exports is unlikely to be so dramatic, but the expectation that the volume of trade will be at least slightly lower, at least due to the friction caused by new levels of bureaucracy and the associated additional costs. When this is the case, SMEs – arguably less well equipped to deal with a large number of additional forms – are hardest hit. The advice of the government is that they look for new customers who go beyond the European single market.

One of the biggest markets that goes just slightly over the horizon is India. As of today, trade between the two nations stands at around £ 23 billion, a figure that is dwarfed by the value of trade between the UK and the EU but is still substantial.

So significant in fact that UK International Trade Secretary Liz Truss completed a five-day mission to India last week, announcing a series of investment deals and promising to work towards a deeper trade relationship. A trade deal may or may not happen, but it is certain that the UK is keen to position itself as both an investment destination and a provider of technical and scientific solutions and services.

And what we may also see is more investment by Indian VCs and family offices in the UK startup sector.

Now the UK is no stranger to the flow of money from India, which is largely coming from large corporations. For example, among the investments marked by Liz Trust, the Tata conglomerate pledged to create 1,500 advice centers in the UK, while the biotech company Wockhardt announced the expansion of its facility in Wrexham, Wales. But is there an appetite for early-stage support? 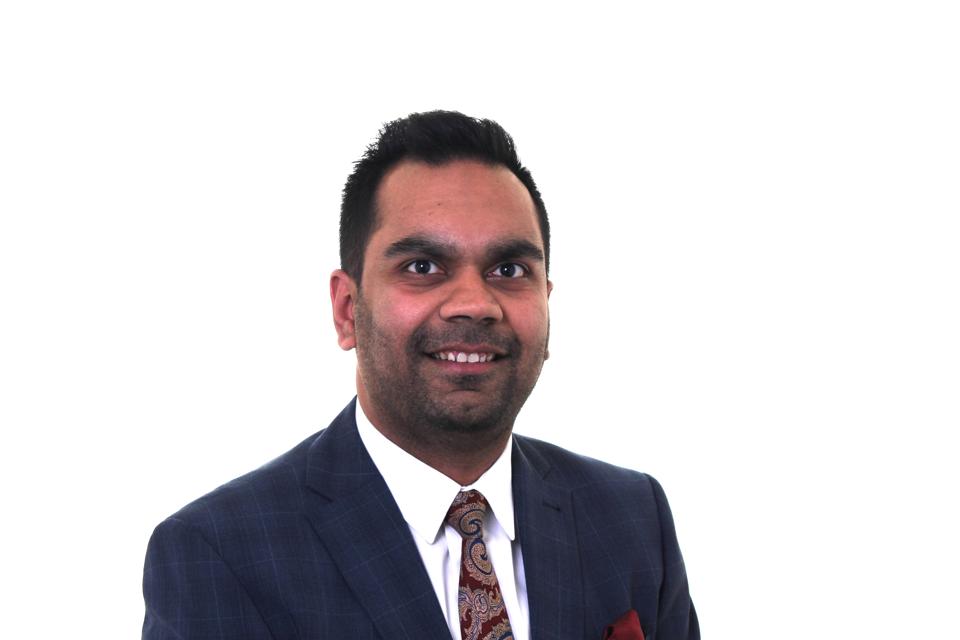 Gaurav Singh and Nayan Gala believe that there is. You are a founding partner of JPIN VCATS, an investment and advisory firm with offices in India, Asia and the UK. With extensive experience investing in and growing businesses in Asia, JPIN is now looking for UK startups.

However, Singh says that until recently, that appetite was tempered by the fact that investing in startup companies from another geographic area is not necessarily easy. “We see investors from India having trouble navigating the UK,” he says. “And UK investors are finding India a challenge.”

JPIN hopes to act as a bridge between investors and startup opportunities in both directions based on its experience in both markets.

What does an Indian investment company offer British startups? Aside from money, there is access to India’s markets.

“In the past, people viewed India more in terms of supply chains and an inexpensive workforce,” he says. “It changes. India has a growing middle class and there is a lot of capital in the system. There are also a billion inhabitants and 627 million internet users. It’s a huge market to conquer.

Equally important, despite the growing affluence and the enormous wealth of its large companies, India is in some ways still an emerging market with potential for growth. Gala cites the financial sector as an example. “There is still a large part of the population that doesn’t have banks,” he says, pointing out opportunities for fintech companies.

An example of this is CreditEnable, a UK-based startup that provides a platform for banks to assess the risks associated with SME borrowers, thereby simplifying the process of obtaining a business loan. JPIN recently led a £ 2m increase with a £ 700,000 investment. CreditEnable is already active in India.

“There are tremendous opportunities in Challenger Banking, Healthtech, Insurtech and Payments,” says Singh.

Part of JPIN’s stance towards UK companies is that it can help them get established rather than expand directly in the Indian subcontinent and Asia in general. And not just in the obvious places. “Many of the options are more in tier 2 cities than tier 1 cities,” says Gala.

The problem may be that UK businesses don’t necessarily focus on India or Asia as a whole. “They want to grow in their own market or go to the US,” admits Gala. So in that regard, JPIN has a sort of selling job to do. This is how the company builds relationships with startups, entrepreneurs and VCs in the UK. “We regularly attend pitch days,” says Singh.

There’s a bigger picture. India is the second highest source (after the US) of FDI in the UK, according to a 2020 report by the Department of Commerce. In terms of VC and private equity investments, a report released by Bain that same year found that Indian VCs had approximately $ 7 billion in “dry powder” capital. Some may be looking for opportunities overseas. Then there are angels and family offices. Meanwhile, investment from the Asia region to the UK has grown rapidly, with most of the activity centered on late-stage mega-rounds. According to a report by London & Partners, 39% of funding for transactions valued at over $ 250 million came from Asian VCs.

It’s early days for JPIN to invest in UK startups, but the company aims to be a leading provider of channeling money from Indian investors.

by Uday Tank As a startup, we know you are likely to be short of money and...
Read more
Entrepreneurship

Never tell the truth, express it instead

by Evan Nierman, author of "Crisis Averted: PR Strategies to Protect Your Reput and the Bottom...
Read more
Entrepreneurship